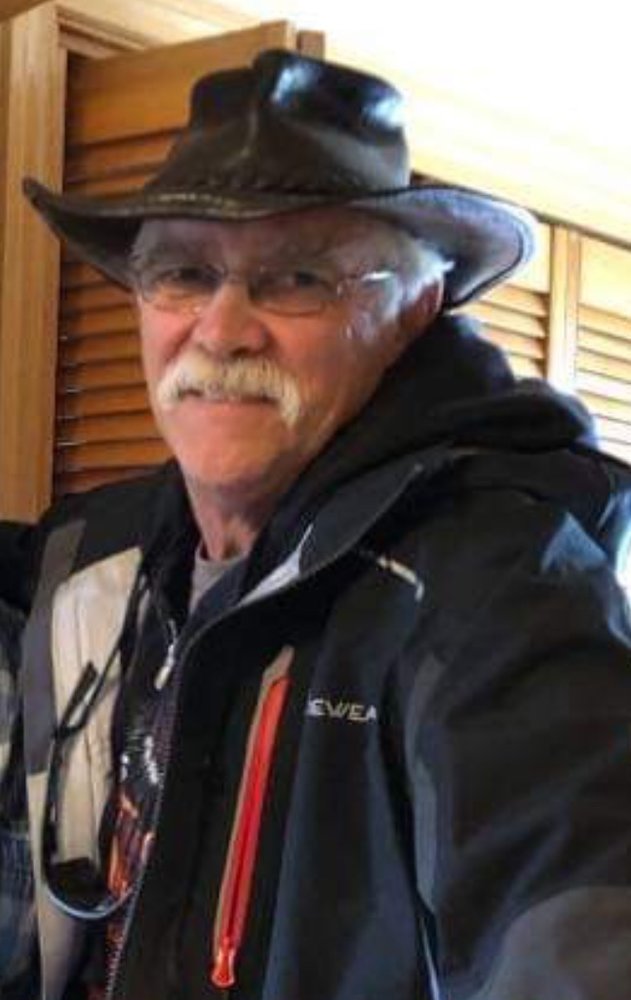 Please share a memory of Michael to include in a keepsake book for family and friends.
View Tribute Book
It is with great sadness that the family of Michael William Jefferies, known to some as Mickey Finn, announces his passing late Thursday, September 3rd, after a short battle with a second round of cancer. Michael was born in England on April 20th, 1959 and moved to North America in 1967. He lived in Upstate New York, Ontario, and Saskatchewan until calling Norton New Brunswick home. He met his wife in 1980, married in 1981, settled in Saint John after a three- year stint in Campbellton and started a family. He worked at the Saint John Shipyard during the Frigate program as a marine fitter where he made many lifelong friends. In 2002, the family moved to Fort McMurray. He switched careers, working for both the municipality and highways as an equipment operator, keeping the roadways safe for the public. Michael always enjoyed being outside; hunting, fishing, and camping with friends and family. He loved fast cars, rode motorcycle, and dreamed of retiring with a boat someday. He was a great joker, could always make you smile. He touched many lives with his positive outlook and personal concern. He reluctantly travelled abroad, enjoying the places he went, but still preferred connecting with family and friends. Michael is survived by his wife of 39 years, Jean Elizabeth (Harris), daughter Sara Dawn (35), son Basil Alexander Ira (30), granddaughter Anika Raejean Wagar (12), and son-in-law Chase Wagar (35). Siblings; Steven, Graham (Marion), Anne-Marie (Gordie) Snyder, Lorna (Darrell) Raven. In-laws; Mel & Sharon Harris, Susan, Janice (Glen) Shonaman, Adrienne (Jason) Dain. Several aunts, uncles, nieces & nephews on both sides of “the pond”. He is pre-deceased by his father Basil (1970), his mother Thelma (Oaten) Colpitts (2001), and stepfather William (Billy) Colpitts (March 2020). A quiet gathering for friends to be held at a later date in Fort McMurray. Service and interment at a later date in Norton, New Brunswick. Memorial Donations may be made to the Canadian Cancer Society in his name.

A Memorial Tree was planted for Michael
We are deeply sorry for your loss ~ the staff at Robert Anderson Funeral Service, Inc.
Join in honoring their life - plant a memorial tree
Online Memory & Photo Sharing Event
Online Event
About this Event

Look inside to read what others have shared
Family and friends are coming together online to create a special keepsake. Every memory left on the online obituary will be automatically included in this book.
View Tribute Book
Services for Michael Jefferies
There are no events scheduled. You can still show your support by planting a tree in memory of Michael Jefferies.
Plant a tree in memory of Michael

Share Your Memory of
Michael
Upload Your Memory View All Memories
Be the first to upload a memory!
Share A Memory
Plant a Tree