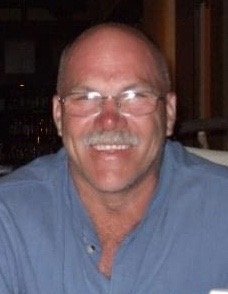 Please share a memory of Francis to include in a keepsake book for family and friends.
View Tribute Book
It is with profound sadness that the family of Frank Judge announce his passing on Monday, September 21, 2020 at the age of 66 years, after a courageous eight year battle with cancer. Frank was born on December 30, 1953 in St. John’s, Newfoundland. He met the love of his life, Barbara, in 1975 and sealed the deal with marriage in 1977. Shortly after their wedding Frank followed the call for workers and moved to Fort McMurray, Alberta, in 1977 to work in the oilsands. As a trained heavy equipment operator he was hired by Syncrude where he spent the next 35 years. Frank loved everything about the outdoors. He was an avid hunter and fisherman. He spent a lot of time at his cabin in Lac La Biche and could find fish in a lake when no one else could. Frank had an incredible sense of humor and a mischievous side that kept most people on their toes. We truly hope that when people think of Frank and they remember a funny story or a memory they shared together. Frank was a very proud husband, father, and grandfather. Among all things he enjoyed, nothing brought him more joy than his children and grandchildren. They were truly the sparkle in his eye and his legacy will live on through them. Frank was a fighter; he maintained the most incredibly positive attitude throughout his most difficult journey and never lost hope. He fought hard when most would have given up. He looked at this battle as a personal challenge to prove the doctors and statistics wrong. He was a kind and generous man that often saw the silver lining in tough times. He always stuck up for the underdog and would give you the shirt off his back. Frank leaves to mourn and will be lovingly remembered by his wife and biggest supporter Barbara, Frank's loving children, Marc (Kizzy), Erin (Vince), Amanda (Rich). He had seven grandchildren Grady, Merek, Grace, Sarah, Mallory, Rylie and Lucas as well as 2 bonus grandchildren, Jaylen and Quade. He was predeceased by his parents, Patsy and Bride, as well as numerous other relatives and dear friends. In the words of Frank, and words we will live by for the rest of our lives: “It is what it is”. The family wishes to thank Dr. Spratlin from The Cross Cancer Institute, as well as Dr. Yam and the Palliative Home Care team for the excellent care. Your dedication and kindness will be forever remembered with gratitude by his family. A Celebration of Life will be held at a later date. If friends so desire, donations may be made directly to The Cross Cancer Institute of Edmonton or to the Fort McMurray Home Care department.

A Memorial Tree was planted for Francis
We are deeply sorry for your loss ~ the staff at Robert Anderson Funeral Service, Inc.
Join in honoring their life - plant a memorial tree
Online Memory & Photo Sharing Event
Online Event
About this Event

Look inside to read what others have shared
Family and friends are coming together online to create a special keepsake. Every memory left on the online obituary will be automatically included in this book.
View Tribute Book
Services for Francis Judge
There are no events scheduled. You can still show your support by planting a tree in memory of Francis Judge.
Plant a tree in memory of Francis

Share Your Memory of
Francis
Upload Your Memory View All Memories
Be the first to upload a memory!
Share A Memory
Plant a Tree