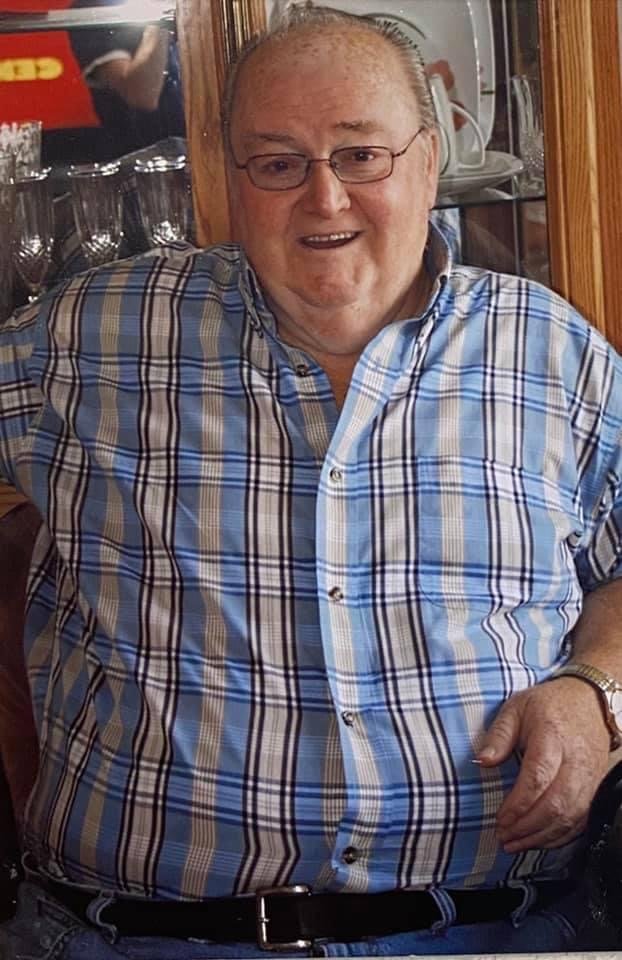 Please share a memory of William to include in a keepsake book for family and friends.
View Tribute Book
It is with great sadness that the family of the late William (Bill) Skinner announce his peaceful passing at the age of 76, on November 25, 2020 at the Northern Lights Regional Health Center in Fort McMurray, Alberta. Bill leaves to mourn his loving wife Madonna, daughters Darlene (Robin) and Brenda (Allan), sons Dean (Cyndi) and Donnie (Jen), brothers Henry (Linda) and George (Elaine), sisters Dinah (John), Ernestine (Dan), and Sarah (Bernard [deceased]). Grandchildren; Stephanie (Chris), Robyn (Scott), Matt and Ben, Great Grandchildren Emily, Isabelle, Charlotte, and Norah, as well as many nieces and nephews. Bill was predeceased by his parents George and Mary Skinner, brothers Leo, Kevin and Isaac, sisters Minnie and Tina, nephews Ashley, Dwayne and Scott, and grandson Jonathan. Bill loved music and family gatherings. He was especially happy when he was playing accordion accompanied by his brothers playing guitars. He raised his family in Stephenville, Newfoundland before moving to Fort McMurray, where he spent the last 16 years of his life surrounded by everyone he loved. His family and friends meant everything to him. Special thanks go out to the medical staff at the NLRHC who went above and beyond with his care. The impact he left on everyone who met him will forever stand the test of time. He will be missed by all who knew him.

A Memorial Tree was planted for William
We are deeply sorry for your loss ~ the staff at Robert Anderson Funeral Service, Inc.
Join in honoring their life - plant a memorial tree
Online Memory & Photo Sharing Event
Online Event
About this Event

Look inside to read what others have shared
Family and friends are coming together online to create a special keepsake. Every memory left on the online obituary will be automatically included in this book.
View Tribute Book
Services for William Skinner
There are no events scheduled. You can still show your support by planting a tree in memory of William Skinner.
Plant a tree in memory of William

Share Your Memory of
William
Upload Your Memory View All Memories
Be the first to upload a memory!
Share A Memory
Plant a Tree