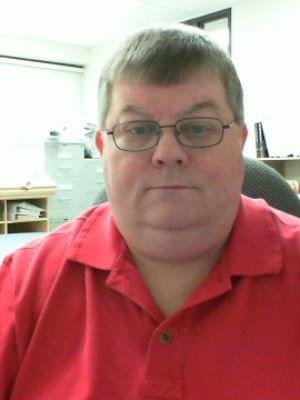 Please share a memory of Harold to include in a keepsake book for family and friends.
View Tribute Book
It is with great sadness that the family of Harold Edward Knutsen, age 65, announces his sudden passing on February 23rd, 2021 at the Northern Lights Regional Health Centre in Fort McMurray, Alberta. Harold was born and raised in Yellowknife, NWT. He graduated in 1973, moved to Edmonton and became a Journeyman Sheet Metal Mechanic in 1975. He moved to Fort McMurray in the early ’80s and worked at FMR for many years followed by CBS Construction. Harold was a friend, colleague, and mentor to many. He was a dedicated member of the Masons and Shriners. Harold had many passions but some very dear to him were The Manchester United Football Club, Travel, and anything new that Apple makes. His travels took him to many places around the world but one of his favorites was Buenos Aires, Argentina, which he adopted as his second home. From 2009 he made his home between Argentina and Fort McMurray. He is predeceased by his parents, Rose and Andy Knutsen both from Yellowknife, NWT. Harold leaves to mourn his sister, Mary Anna Hawthorn (Gary), their children Scott, Beth, and Brad from Vancouver, his cousin Bill Knutsen in Kelowna, and a large circle of friends. There is a saying that everyone is replaceable, but as there is an exception to everything, Harold Knutsen is a man that will never be replaceable. He was a bright, kind, intelligent man with a heart of gold and he will be greatly missed by everyone that knew him. In honor of Harold’s wishes, cremation has already taken place. A memorial service will take place at a later date.

A Memorial Tree was planted for Harold
We are deeply sorry for your loss ~ the staff at Robert Anderson Funeral Service, Inc.
Join in honoring their life - plant a memorial tree
Online Memory & Photo Sharing Event
Online Event
About this Event

Look inside to read what others have shared
Family and friends are coming together online to create a special keepsake. Every memory left on the online obituary will be automatically included in this book.
View Tribute Book
Services for Harold Knutsen
There are no events scheduled. You can still show your support by planting a tree in memory of Harold Knutsen.
Plant a tree in memory of Harold

Share Your Memory of
Harold
Upload Your Memory View All Memories
Be the first to upload a memory!
Share A Memory
Plant a Tree