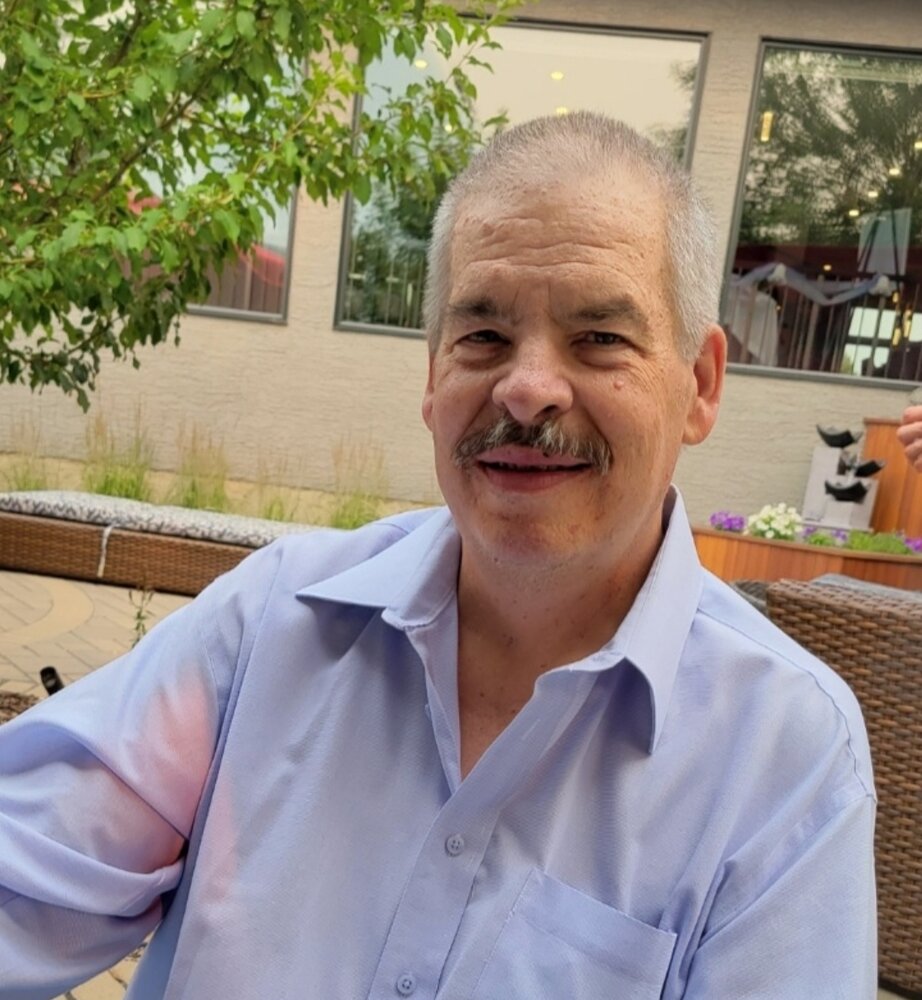 Please share a memory of Michel (Mike) to include in a keepsake book for family and friends.
View Tribute Book
Remember Me Be happy for I am at peace Be faithful for I am still with you I cannot speak but I can listen I cannot be seen but I surround you Remember me in your heart Remember me in your thoughts Remember the times we loved, the times we hugged Remember the times we laughed, the times we cried Remember me, remember me For it is in these memories, that I live on It is in these memories that I am never gone ... It is with great sadness that the family of Michel Danis announce his passing at the Northern Lights Regional Health Centre in Fort McMurray, at the age of 61 years. He is survived by his loving wife of 30 yrs, Danielle Danis and his two sons Thomas Danis (Jamie) and Joel Danis. Michel (Mike) was born in Kirkland Lake, Ontario but resided in the small nearby town of Holtyre until he moved out west in 1989. He worked as a Heavy Equipment Operator for over 35yrs in both Tumbler Ridge, British Columbia and at Suncor, Albian Sands and CNRL in Fort McMurray, Alberta. As a proud French Canadian, Michel was a huge fan of the Montreal Canadiens and loved the jovial banter between himself and his sons on who was the better hockey team. Football and Nascar were other sports he enjoyed watching. Spending time with his family was the thing that he enjoyed the most, especially with a cup of Tim Horton's coffee in hand. Predeceased by his mother Jacqueline ( nee Boisvert ) in 2004, he is survived by his father, Marcel Danis, brother Gilles Danis (Betty Moffat) all of Val Caron, Ontario. He will be fondly remembered by many brothers-in-law and sisters-in-law, several nieces and nephews and many other family members who fondly remember him by his nickname "Tinours" which means little bear. A memorial service to honour his life will be held in Ontario in early August. The family wishes to thank all of the doctors, nurses, home care aides and various medical professionals who assisted in Michel's care both here at the Northern Lights Regional Health Centre and the University of Alberta Hospital in Edmonton over the past 2.5 yrs. A huge "Thank You" as well to Roland, Tami, Dave, Tammy, Rick and Nicole who became his close friends later on in Mike's life, but who were always there for him in his time of greatest need. The family asks that if anyone wishes to honour his memory, donations to the Kidney Foundation, the Heart and Stroke Foundation or the Juvenile Diabetes Foundation be made in his name. Another way to honour his memory would be to sign up to be on the organ donor registry.

A Memorial Tree was planted for Michel (Mike)
We are deeply sorry for your loss ~ the staff at Robert Anderson Funeral Service, Inc.
Join in honoring their life - plant a memorial tree
Online Memory & Photo Sharing Event
Online Event
About this Event

Share Your Memory of
Michel (Mike)
Upload Your Memory View All Memories
Be the first to upload a memory!
Share A Memory
Plant a Tree