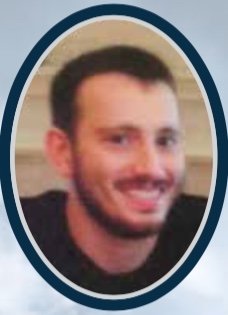 David is survived by his father Bruce Willis (Carol) of Fort McMurray and his mother Sylvana Mastrioani (Dwayne) of Calgary, Alberta.

He is preceded in death by his Aunt Linda Hollingshead (Collingwood, Ontario) and his Uncle Robert Willis (Lethbridge, Alberta).

David will be remembered by his many aunts, cousins, extended family members and friends near and far.

David was born in Fort McMurray on Aug. 28, 1991. He attended Ecole Dickensfield Elementary School and graduated from Westwood Collegiate in 2010. David attended SAIT and NAIT where he excelled in his studies receiving his Journeyman Certificate in Refrigeration & Air Conditioning in 2012. He was successful in winning the Provincial Skills Canada Competition in his field of study and went on to represent Alberta at the National Competition in 2011.

David was employed by Professional Mechanical in Fort McMurray where he successfully practiced his trade. If his workmates had a mechanical problem the word was “Ask David, he will probably know what to do.”

A Celebration of Life Service will be held on January 16, 2019 at the McMurray Gospel Assembly (10110 Main Street) at 3:00 PM. Eulogy to be given by David’s Aunt Kathy Willis (Midland, Ont.) Officiating will be Pastor Robert Parmenter.

In lieu of flowers please reach out with love to those struggling with mental health problems and addiction.

Share Your Memory of
David
Upload Your Memory View All Memories
Be the first to upload a memory!
Share A Memory
Plant a Tree