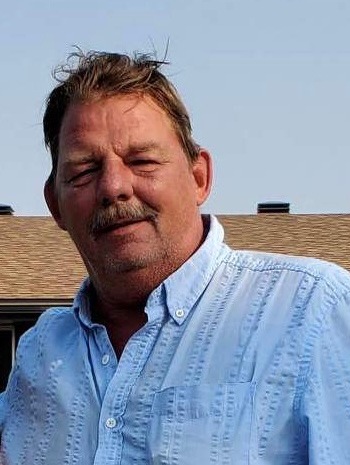 Please share a memory of Hermann to include in a keepsake book for family and friends.
View Tribute Book
It is with great shock and sadness that the family of Hermann Dreier announces his sudden passing. Hermann passed away at the Northern Lights Regional Health Centre on Tuesday, March 15, 2022, on his 57th Birthday. He will be so deeply missed each and every day by his loving wife of 33 glorious years, Cathy, and their 3 sons, whom he was so deeply proud of, Michael, Dominic and Johnathon (Kaele). Hermann is also survived by his mother, Elizabeth Dreier, his brother Dan, his sister Maria, sister-in-laws Nancy, Lori, Joy, and Melanie, brother-in-laws Dwayne, Tim and Clay. Nieces - Gail(Chris), Kasey(Marc), Abby and Alana. Nephews - Erik(Janine), Tyler, Xavier, Jacob and Jamie. Hermann was predeceased by his father, Adolf Dreier and his in-laws, Ben and Agnes Brown. Hermann and Cathy's 33-year love story began in September of 1987. They were married May 28, 1988, and were blessed with their sons, Michael in 1993, Dominic in 1994, and Johnathon in 1997. Hermann followed in his father's footsteps as a Foreman for Wells Construction in Edmonton for over 10 years. In 2000, he started with Millenium Construction Contractors which would lead the relocation of his young family to Fort McMurray. In 2005, he started work at Suncor on J shift. He was a Heavy Equipment Operator and was proud of his last position as Shovel Operator. Hermann was never one to sit idle. He was always planning his next project. He was proud of all the time and effort he put into making his yard and sheds just right. He has left a legacy of his woodwork and handyman skills in and around his home for his family to cherish. He will be deeply missed by his wife and sons, but also by his co-workers, neighbours, and friends who knew him.

A Memorial Tree was planted for Hermann
We are deeply sorry for your loss ~ the staff at Robert Anderson Funeral Service, Inc.
Join in honoring their life - plant a memorial tree
Online Memory & Photo Sharing Event
Online Event
About this Event

Look inside to read what others have shared
Family and friends are coming together online to create a special keepsake. Every memory left on the online obituary will be automatically included in this book.
View Tribute Book
Services for Hermann Dreier
There are no events scheduled. You can still show your support by planting a tree in memory of Hermann Dreier.
Plant a tree in memory of Hermann

Share Your Memory of
Hermann
Upload Your Memory View All Memories
Be the first to upload a memory!
Share A Memory
Plant a Tree