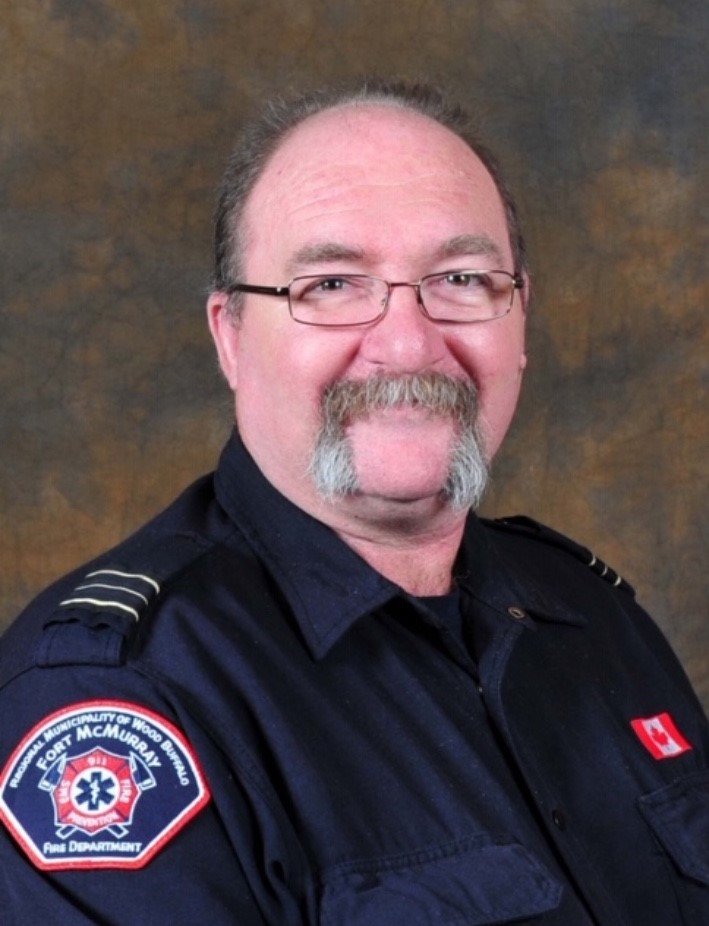 Kelly Ken Kelly, age 58, died unexpectedly at the Northern Lights Regional Health Center on Monday January 28, 2019. He was born in Flin Flon, Manitoba to Del and Phyllis Kelly (Simpson). He was the eldest of 6 children. Kelly moved to Fort McMurray in 1977 and began working for the city of Fort McMurray shortly after graduating from the Fort McMurray Composite High School in 1978. He joined the Fort McMurray Fire Department in 1981 and remained with them until he passed away. He married Teresa Bishop on September 6, 1986. He is preceded in death by his father, Del Kelly and his wife Teresa. He is survived by his son, Keven Lyle Kelly, daughter Meghan Alison (Lyndon) Stoll, mother Phyllis Kelly, brothers Shane, Scott and Miles Kelly and sisters Shannon (Edgar) Sharon and Shonna (William) Barnes and four grandchildren. Memorial to be held Friday, February 8th, 2019 at 2 pm in the Shell Place ballroom. In lieu of flowers, donations can be made in Kelly’s name to the Canadian Diabetes Association.

Share Your Memory of
Kelly
Upload Your Memory View All Memories
Be the first to upload a memory!
Share A Memory
Send Flowers
Plant a Tree