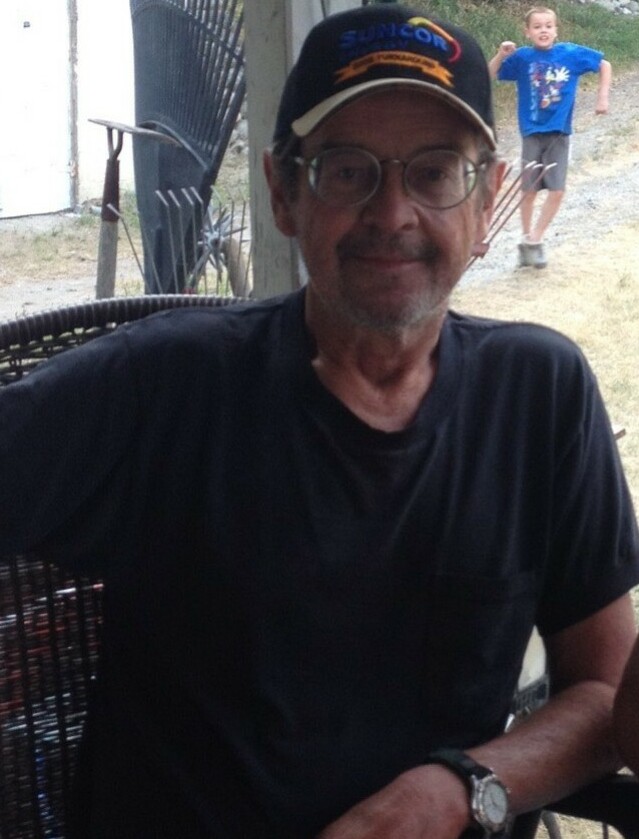 Please share a memory of Terrence to include in a keepsake book for family and friends.
View Tribute Book
It is with great sadness that the family of Terry Walde announces his sudden passing on March 31, 2022, in Fort McMurray, Alberta at the age of 67. Born in Penticton British Columbia, he moved his young family to Fort McMurray in 1985. He had a lengthy career in the oilsands; first as a labourer and then as a journeyman sheet metal mechanic. Terry was predeceased by his parents. He leaves to mourn his two children; his son, Johnathan and his daughter, Angela. Brother, Dale (Corrie), and two sisters, Patricia Larouche and Jacqueline Amerault, as well as numerous nieces and nephews, aunts and uncles, and cousins. Terry will be cremated and laid to rest in the Okanagan. He was loved. His sense of humour and his intelligence will be missed by those who knew him.

A Memorial Tree was planted for Terrence
We are deeply sorry for your loss ~ the staff at Robert Anderson Funeral Service, Inc.
Join in honoring their life - plant a memorial tree
Online Memory & Photo Sharing Event
Online Event
About this Event

Look inside to read what others have shared
Family and friends are coming together online to create a special keepsake. Every memory left on the online obituary will be automatically included in this book.
View Tribute Book
Services for Terrence Walde
There are no events scheduled. You can still show your support by planting a tree in memory of Terrence Walde.
Plant a tree in memory of Terrence

Share Your Memory of
Terrence
Upload Your Memory View All Memories
Be the first to upload a memory!
Share A Memory
Plant a Tree