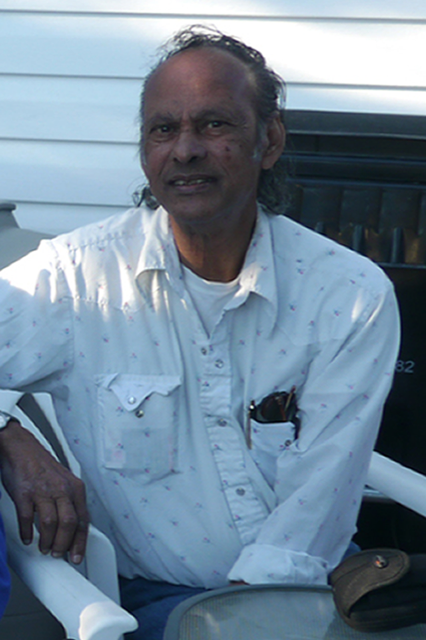 Please share a memory of Douglas to include in a keepsake book for family and friends.
View Tribute Book
It is with great sadness we announce the passing of Douglas Charles Joseph on July 12th, 2022. Doug or Dougie, as most knew him, will forever be remembered for his amazing cooking and BBQ skills as well as his more than questionable jokes and sense of humour. He loved the railway which reminded him of days growing up in his hometown of Arkonam, Madras, India. He loved western movies with John Wayne and Clint Eastwood being among his favorite actors. He loved classic television on PBS with The Lawrence Welk Show and Keeping Up Appearances occupying his evenings when Edmonton Oilers hockey or CNN wasn’t on. He loved country music from artists such as Jim Reeves, the Everly Brothers and Shania Twain. He also took a lot of pride working as a Heavy Duty Mechanic at Suncor where he spent the majority of his career before an injury forced him to leave the job he loved and kept him on long term disability thereafter. He was a genuine hardworking man who loved his family deeply and protected them fiercely whether it was his own or his in-laws. “What men Dougie!” will forever be immortalized in all their memories. Doug was the beloved husband of Constance (Connie) Elizabeth Joseph (nee Lazaro) who pre-deceased him Nov 16, 2013 and whom he has been waiting ever since to be reunited with his one true love. He was a cherished father to Denver, Clinton (daughter-in-law Lilian, grandchildren Cristopher & Dayanara) and Dwayne. He was also predeceased by his parents David and Antoinette, his baby son Darren, brothers Leslie, Willy, his in-laws Harold, Fay, Ernest, Lorraine, Ivan, Jeanette & Rodney. In addition to his three boys, he is survived by his in-laws Zoltan (Beryl), Errol (Yvonne), Brinal (Marcel) and Vivian (Rodney). Also left to mourn are numerous, aunts, uncles, cousins, nieces, nephews, extended family and friends. Public viewing will be held at St. John The Baptist Parish, 3 Hospital Street, Fort McMurray, Alberta, Canada, T9H 1P2 on Saturday July 16, 2022 at 2pm, followed by a funeral service at 3pm and a reception in the Evergreen Church, 101 Tundra Drive, Fort McMurray, Alberta, Canada, T9H 5A4, after the burial in Abasand (HighView) Cemetery, 589 Athabasca Ave, Fort McMurray, Alberta, T9J 1H8. In lieu of flowers, donations can be made either on the St. Aidan’s Society Website (https://www.wbcfoundation.ca/st-aidans-house-society) In Memory of Douglas Joseph or alternatively by emailing the family directly at doug@thejosephsonline.com.
Saturday
16
July

Share Your Memory of
Douglas
Upload Your Memory View All Memories
Be the first to upload a memory!
Share A Memory
Plant a Tree