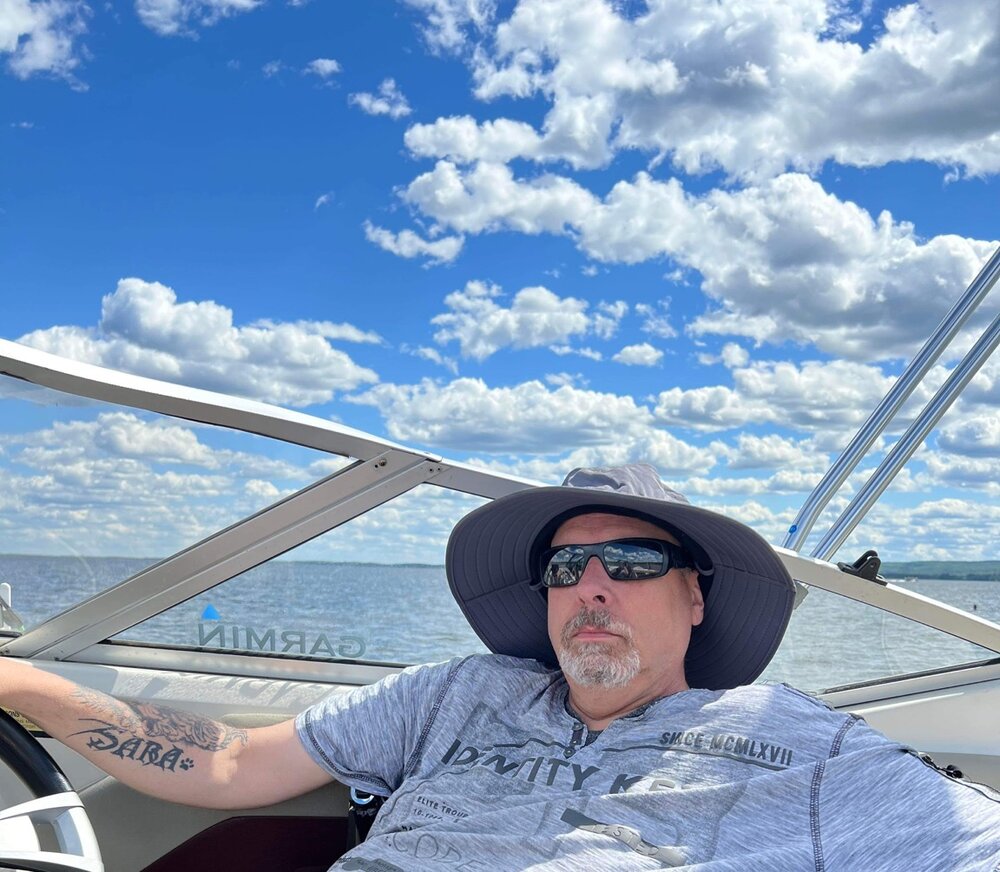 Please share a memory of Kelly to include in a keepsake book for family and friends.
View Tribute Book
It is with heavy hearts that we, the family of Kelly Scott McBride, announce his sudden passing at Northern Lights Regional Health Centre in Fort McMurray on Friday, August 5, 2022, at the age of 52. Kelly is survived by his loving spouse Sara Hollings, mother Carol McBride, sister Robbin Spencer, nephews Logan Spencer, Seamus McBride and Mahlon McBride, as well as his feline companions Gibbs, Ziva, Yeti, Chewbacca, Oreo, and many close friends. He was predeceased by his father Terry McBride and brother Sean McBride. Kelly was born and raised in Burlington, Ontario. He grew up active in the Sea Cadet Corp which he carried on with into adulthood. When his parents made the move to Nanaimo BC, Kelly followed not long after as family was important to him. There he quickly made lifelong friends and met his spouse Sara. When a friend suggested he move to Fort McMurray, he took a leap of faith and made the journey. He enjoyed his time here making friends, working hard, riding his Harley & cheering for the Leafs. Services in Fort McMurray and Nanaimo will be announced at a later date. Thank you to the paramedics and first responders for their quick response. In lieu of flowers, please consider making a donation to the Heart & Stroke Foundation in Kelly's memory.

A Memorial Tree was planted for Kelly
We are deeply sorry for your loss ~ the staff at Robert Anderson Funeral Service, Inc.
Join in honoring their life - plant a memorial tree
Online Memory & Photo Sharing Event
Online Event
About this Event

Look inside to read what others have shared
Family and friends are coming together online to create a special keepsake. Every memory left on the online obituary will be automatically included in this book.
View Tribute Book
Services for Kelly McBride
There are no events scheduled. You can still show your support by planting a tree in memory of Kelly McBride.
Plant a tree in memory of Kelly

Share Your Memory of
Kelly
Upload Your Memory View All Memories
Be the first to upload a memory!
Share A Memory
Plant a Tree