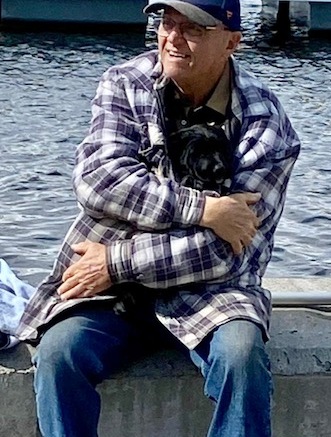 Please share a memory of Garry to include in a keepsake book for family and friends.
View Tribute Book
It is with great sadness that we, the family of Garry Shantz, announce his passing at Northern Lights Regional Health Centre in Fort McMurray, Alberta on Friday, August 12, 2022, at the age of 76. Garry was born in Wetaskiwin, Alberta and was raised in Edmonton, AB. He moved to Fort McMurray in 1974 with his wife and children where he became a realtor. Garry loved hockey and baseball and was a charter member of the Fort McMurray Rotary Club. Garry’s favourite place to be was at Canim Lake, British Columbia - especially when the kids would come to visit. Garry is survived by his wife of 55 years, Fran; sons Geoff (Shelley) of Fort McMurray and Brian (Erin Griffin) of San Antonio, Texas; daughter Corry of Fort McMurray; grandsons Trevor (Kelly Townsend) of Fort McMurray, Brandon and Garrett both of San Antonio, Texas; granddaughters Sherianne (Warren Clarke) of Edmonton and Erynn of Fort McMurray; great-granddaughter Rylie of Edmonton; great-grandson Charlie of Edmonton; sisters Floy Tracy, Corinne Lawless and Christine Peters. In keeping with Garry’s wishes, there will be no memorial service. His life will be celebrated by his family at the lake. May he forever be “absolutely unbelievable”. In lieu of flowers, please consider donating to Local HERO Foundation. The foundation delivers 24/7 emergency helicopter services to Northeastern Alberta: https://localherofoundation.com/donate/

A Memorial Tree was planted for Garry
We are deeply sorry for your loss ~ the staff at Robert Anderson Funeral Service, Inc.
Join in honoring their life - plant a memorial tree
Online Memory & Photo Sharing Event
Online Event
About this Event

Look inside to read what others have shared
Family and friends are coming together online to create a special keepsake. Every memory left on the online obituary will be automatically included in this book.
View Tribute Book
Services for Garry Shantz
There are no events scheduled. You can still show your support by planting a tree in memory of Garry Shantz.
Plant a tree in memory of Garry

Share Your Memory of
Garry
Upload Your Memory View All Memories
Be the first to upload a memory!
Share A Memory
Plant a Tree