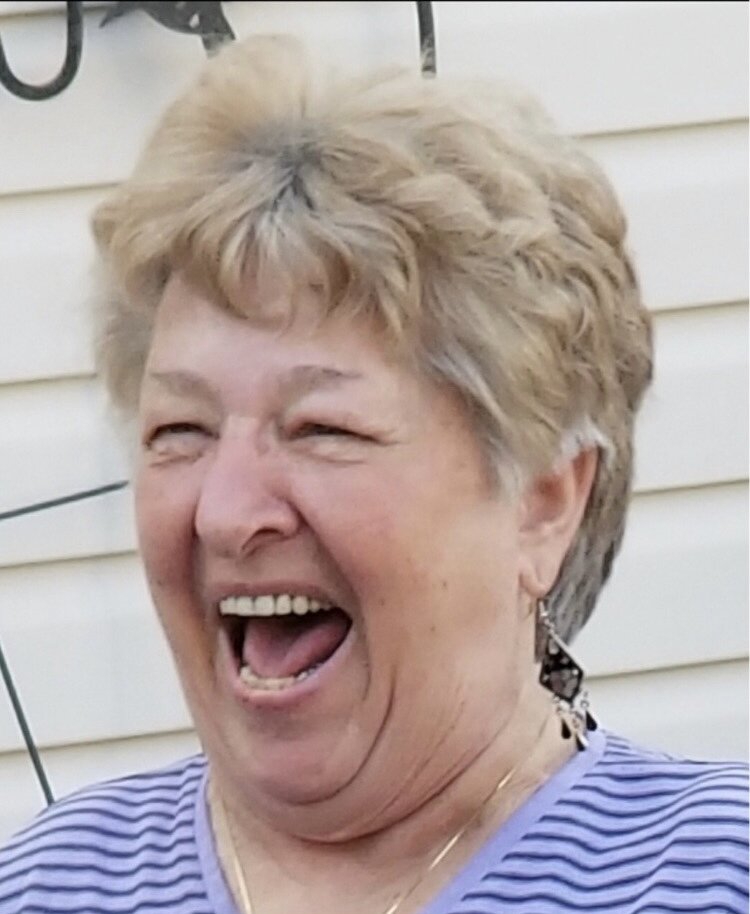 Please share a memory of Aline to include in a keepsake book for family and friends.
View Tribute Book
It is with heavy hearts that we announce the passing of our beloved mother, Aline Hurley (nee Lepine). Aline passed away peacefully, surrounded by family, on Sept. 29, 2022, at the age of 83. Aline was born in St. Laurent, Saskatchewan and moved to Meadow Lake, Saskatchewan as a young adult, where she married and started her family. In approximately 1965, her family relocated to Fort McMurray, where she resided until her passing. Aline was always up for a game of BINGO or taking quarters off unsuspecting family while playing ‘scat.’ She couldn’t pass a garage sale without stopping for a look and maybe a good deal. She was an avid sports fan, following the Blue Jays in the summer and the Oilers in the winter, along with a large dose of curling. Her hands were not idle while watching, as the many embroidery projects, rugs, and blankets she gifted to family and friends can attest to. She was a loving and loyal friend who will be missed and fondly remembered by those who were fortunate enough to call her ‘friend.’ She will be sadly missed by her children; Roger Pliska, Linda (Gilles) Pinette, Gary Pliska, Wayne (Karen)Pliska, and Terry (Joanne)Pliska; sisters: Angie Wark, Isabelle (Carl) Parker, Dorothy (Henry) Tkachyk, Joyce Saunders, Marcella Hunter and Dana (Mark) Dean, brothers: Jerry (Jeannie) Lepine, Morris (Doreen) Lepine, Gordon (Terry) Lepine, grandchildren; Chance (Rachel) Pliska, Cody (Stacy) Pliska, Amanda (Garrett) Parthenay, Kurt (Kelly) Pinette, Brendan Pinette, Andrew Pliska, Ryan Pliska, Tarah Pliska, Romaneddy Pliska, Terence (Phebe) Pliska, Veronica Janvier, Terry (Zoey) Janvier as well as her 14 great-grandchildren and many nieces and nephews. She was pre-deceased by her son Barry Hurley, parents; Marcel and Elizabeth Lepine, brother Ovid Lepine, sister Sylvia Dean and brothers-in-law; David Saunders, Don Hunter, Bud Dean, Charlie Wark, and sister-in-law Liz Lepine. Services and Aline's Celebration of Life will be announced at a later date.

A Memorial Tree was planted for Aline
We are deeply sorry for your loss ~ the staff at Robert Anderson Funeral Service, Inc.
Join in honoring their life - plant a memorial tree
Online Memory & Photo Sharing Event
Online Event
About this Event

Look inside to read what others have shared
Family and friends are coming together online to create a special keepsake. Every memory left on the online obituary will be automatically included in this book.
View Tribute Book
Services for Aline Hurley
There are no events scheduled. You can still show your support by planting a tree in memory of Aline Hurley.
Plant a tree in memory of Aline

Share Your Memory of
Aline
Upload Your Memory View All Memories
Be the first to upload a memory!
Share A Memory
Plant a Tree