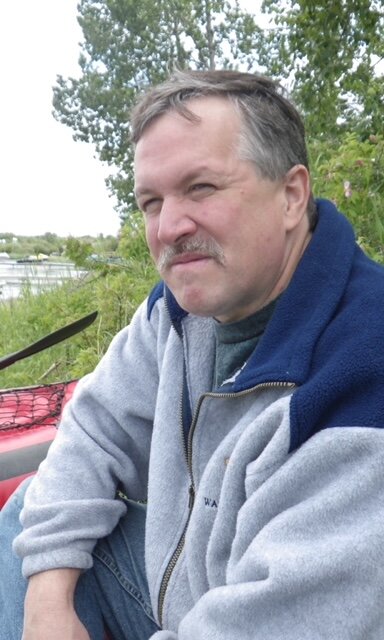 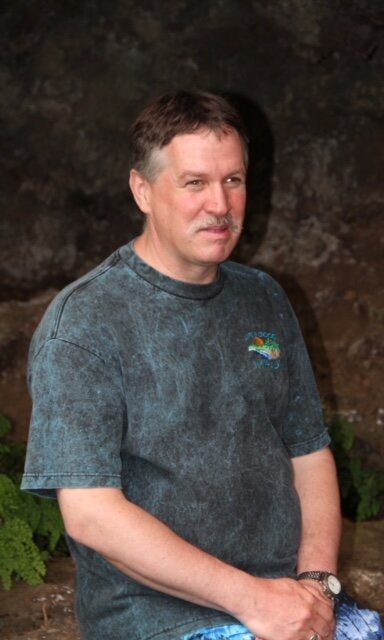 Please share a memory of Timothy to include in a keepsake book for family and friends.
View Tribute Book
Timothy John Kilburn of Fort McMurray, AB, beloved husband of Genevieve Mary Kilburn, passed away on December 14, 2022, at the age of 60 years. Tim was born in Baden-Baden, Germany, on March 1, 1962, to Bev and Gwen Kilburn. As an Air Force brat, he moved around Canada throughout his childhood, living in BC, Quebec and Alberta communities, which fostered his lifelong love of travel. During his high school years in Cold Lake, he had “all the hits to shake your . . . hips” as TJ, the DJ on 1450 CHCL (the local radio station). He graduated from Grand Centre High School in 1980, and then he and his dog Boomer left for the University of Lethbridge, where he earned his Education degree. Tim was introduced to Genevieve, his best friend and the love of his life while teaching in Hines Creek, and they were married on May 16, 1987, in High Prairie. In the spring of 1988, they moved to Fort McMurray and together raised their family. Well-known as “the teacher with the dog,” Tim worked for the Fort McMurray Catholic School District sharing his love of technology (particularly Apple products) with students and staff for almost 35 years. His passion for technology and education extended outside the classroom. He was an active member of multiple online communities where he connected with fellow visually impaired people worldwide and assisted them with technology solutions. He gave presentations about accessible technology throughout Canada and the United States and became the President of Career and Technology Educators Council. Tim was always generous with his time. He was willing to help solve computer problems for friends, family and strangers alike (he generally refused money, though he would accept the odd bottle of gin). His community spirit meant he was often involved in various organizations and committees, including as the president of the Disability Resource Association for many years and as a member of the PPC and OPI21 Catholic Church committees. He is remembered by his family for his love of trivia, music, games - particularly washu, dice, and cards (was he or wasn’t he cheating with his braille cards?), and Star Trek (except for Star Trek V - that was a trash movie). We will miss his stubborn spirit, infectious laughter, piano playing, and enthusiasm for all things dark chocolate. Besides his loving wife Genevieve, Tim will be deeply missed by his children Naomi and Ben (Kohley); his siblings Rory (Shannon), Dennis (Colette), Derek (Amy), and Wendy (Bob); his numerous nieces and nephews, as well as his extended family and many friends. He is preceded in death by his parents, Bev and Gwen. A funeral service will be held at St. John’s Catholic Church in Fort McMurray on December 21 at 6:30 pm, with a celebration of life to follow. Robert Anderson Funeral Services Inc will be handling the funeral arrangements. A live stream of the funeral services is available on the Robert Anderson Funeral Services Facebook page. The family wishes to extend their heartfelt gratitude to their family and friends, who have come together to support them during this difficult time.
Wednesday
21
December

Share Your Memory of
Timothy
Upload Your Memory View All Memories
Be the first to upload a memory!
Share A Memory
Plant a Tree