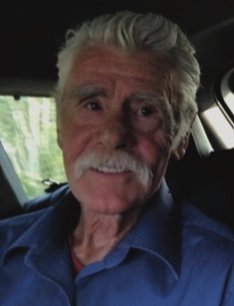 Please share a memory of Robert to include in a keepsake book for family and friends.
View Tribute Book

Bob (of Vaudreuil, Quebec) passed away quietly in his sleep on Saturday at the age of 78. He is survived by his ex-wife, Diane; daughters, Karen (Randy) and Joanne (Larry); grandchildren and extended grandchildren, Lucas, Tristen, Danika, Liam, Micheline; Cassie, Danielle and Cody; His brother, Doug and nieces, Elise and Julie. He is pre-deceased by his parents Luke and Yvonne(Sabourin) Tansey ; his brother Russell and numerous extended family members. He moved his family out to Fort McMurray in 1978 while working at Syncrude. He worked diligently throughout the Oilsands where he gained the respect and friendship of many. While not at site he was sure to be found in his trailer out at Gregoire Lakes (early years) or Hanging Stone with family and friends. In real Tansey style just a small gathering of family will be held.

A Memorial Tree was planted for Robert
We are deeply sorry for your loss ~ the staff at Robert Anderson Funeral Service, Inc.
Join in honoring their life - plant a memorial tree
Online Memory & Photo Sharing Event
Online Event
About this Event

Look inside to read what others have shared
Family and friends are coming together online to create a special keepsake. Every memory left on the online obituary will be automatically included in this book.
View Tribute Book
Services for Robert Tansey
There are no events scheduled. You can still show your support by planting a tree in memory of Robert Tansey.
Plant a tree in memory of Robert

Share Your Memory of
Robert
Upload Your Memory View All Memories
Be the first to upload a memory!
Share A Memory
Plant a Tree