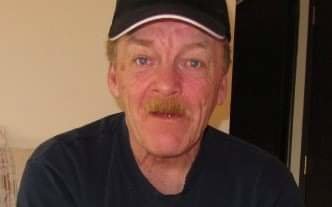 Please share a memory of Michael to include in a keepsake book for family and friends.
View Tribute Book

Michael W. Hare of Fort McMurray, AB passed away September 28, 2019 at his residence.  Michael was born December 3, 1957 in Halifax, Nova Scotia, a son of Bryce and Joan (Ward) Hare.

In addition to his parents he his survived by his daughter Beverley Lee (Alex) and grandchildren Hannah and Alan; sisters Susan Goode (Jack), Marlene Hare (Todd) and a brother Lance Hare.  He is also survived by several nieces, nephews, aunts, uncles and cousins.

A private family service will be held at a later date.

A Memorial Tree was planted for Michael
We are deeply sorry for your loss ~ the staff at Robert Anderson Funeral Service, Inc.
Join in honoring their life - plant a memorial tree
Online Memory & Photo Sharing Event
Online Event
About this Event

Look inside to read what others have shared
Family and friends are coming together online to create a special keepsake. Every memory left on the online obituary will be automatically included in this book.
View Tribute Book
Services for Michael Hare
There are no events scheduled. You can still show your support by planting a tree in memory of Michael Hare.
Plant a tree in memory of Michael

Share Your Memory of
Michael
Upload Your Memory View All Memories
Be the first to upload a memory!
Share A Memory
Plant a Tree