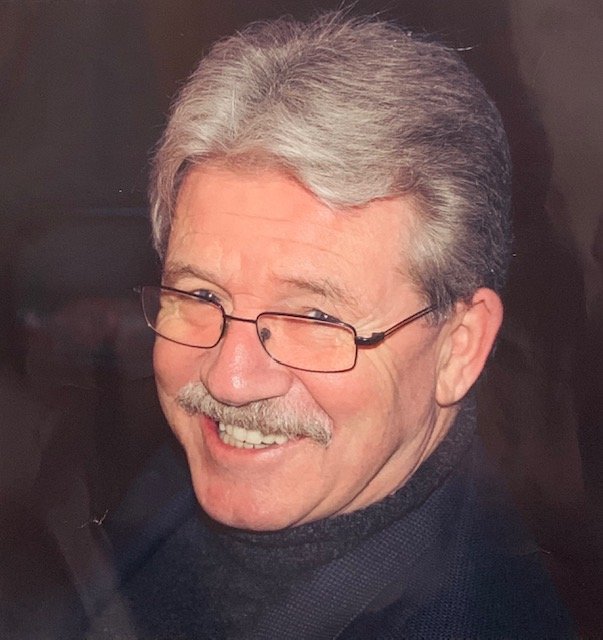 Please share a memory of Richard to include in a keepsake book for family and friends.
View Tribute Book
Richard “Rick” Hawkins, 75, passed away on Friday, January 17, 2020. Left to cherish many fond memories are his wife, Anita; children, Arielle, Derek, Sheena, and Trent; brother, Pat (and family), sister, Beverly (and family); many wonderful grandchildren; and a very large circle of friends. Predeceased by his mother and father, Roy and Rowena Hawkins, and granddaughter, Alysha Bernier. Rick was born on March 6, 1944, in Epsom, England, to Roy and Rowena Hawkins. He moved from England to Fort McMurray at an early age and spent much of his childhood swimming at the Snye and enjoying his school studies. Rick joined the Fort McMurray Fire Department in 1976 as a firefighter, and became the Region’s first Fire Marshal, serving more than 34 years as a dedicated and proud member. Rick retired in 2003 and spent the following year managing the local St. John Ambulance office, as well as teaching courses through the local department. In his later years, he taught photography and immersed himself into one of the great joys in his life - books. From Shakespeare to World Geographic, he had an interest in all. An active and proud member of the Royal Canadian Legion Branch 165, he spent many hours enjoying coffee with friends. The Hawkins family, Fort McMurray Firefighters Association - IAFF Local 2494, and the Royal Canadian Legion Branch 165, invite those who would like to honour Rick, to join in his Celebration of Life, taking place on Saturday, January 25, 2020 at 1 p.m. at the Royal Canadian Legion Branch 165. In lieu of flowers, donations can be made in memory of Rick to the Canadian Pulmonary Fibrosis Foundation. Donations can be made online at www.cpff.ca

A Memorial Tree was planted for Richard
We are deeply sorry for your loss ~ the staff at Robert Anderson Funeral Service, Inc.
Join in honoring their life - plant a memorial tree
Online Memory & Photo Sharing Event
Online Event
About this Event

Look inside to read what others have shared
Family and friends are coming together online to create a special keepsake. Every memory left on the online obituary will be automatically included in this book.
View Tribute Book
Services for Richard Hawkins
There are no events scheduled. You can still show your support by planting a tree in memory of Richard Hawkins.
Plant a tree in memory of Richard

Share Your Memory of
Richard
Upload Your Memory View All Memories
Be the first to upload a memory!
Share A Memory
Plant a Tree